Yes, today I am honest.  Today, just for today, God loves me for being honest, and honesty through consideration is the foundation of religious life. My honest and opaque being allows people to see who and what I am, without frills or lies with which I attempted to fool the world when I was outside of honesty. The problem was that I was still opaque, and everyone could see me anyway. God’s supreme sacrifice of the One he loved without question, and then that One’s defeat of death, “Oh death, where is thy sting.” Jesus, Immanuel, Anointed one descended from King David, a man on the run from God because of a defeat with honesty, David who spent his life repenting for a supreme act of dishonesty, adultery, lust, abandonment, and ultimately murder, this man who as a young boy had killed a giant with his sling and had become God’s anointed King of Isreal, and this man who left and hid from God as a man caught in his own deception, his own sacrifice of his life as he wrote some of the greatest poetry of the ancient world, depicting his coming back to God in suplication, Jesus desended from a man who saught the whole of his life attempting to gain God’s grace again. For me, this represents who I had become, and I was on the run from God most of my life. One day at a time, all any of us have, I seek to not only be opaque but to be honest with God through my savior Jesus the Anointed One, the Son of God that taketh away the sin of the world and through Whose death and ultimate defeat of death, and through my belief in Him, I have God’s favor, and if I can live one day right with God, maybe I can live the next one free of dishonesty. I have come clean with the things I thought I had hidden away so that God could not see them. The problem was that people could see me anyway, all the misdeeds and calculations, all the half-truths, all the outright lies, and murder in my mind, covetousness of things I could not afford, my attempts to hide all this under a haze of drugs and alcohol I just had to admit what was for me the defeat, the bank book. I am still, through my actions coming out from under the bank book, but my actions show I am making it. So be it oh God, through Jesus, by His Holy Spirit, Amen. 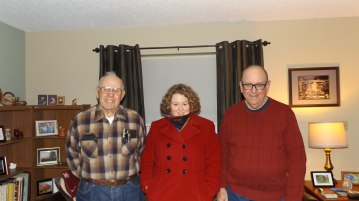